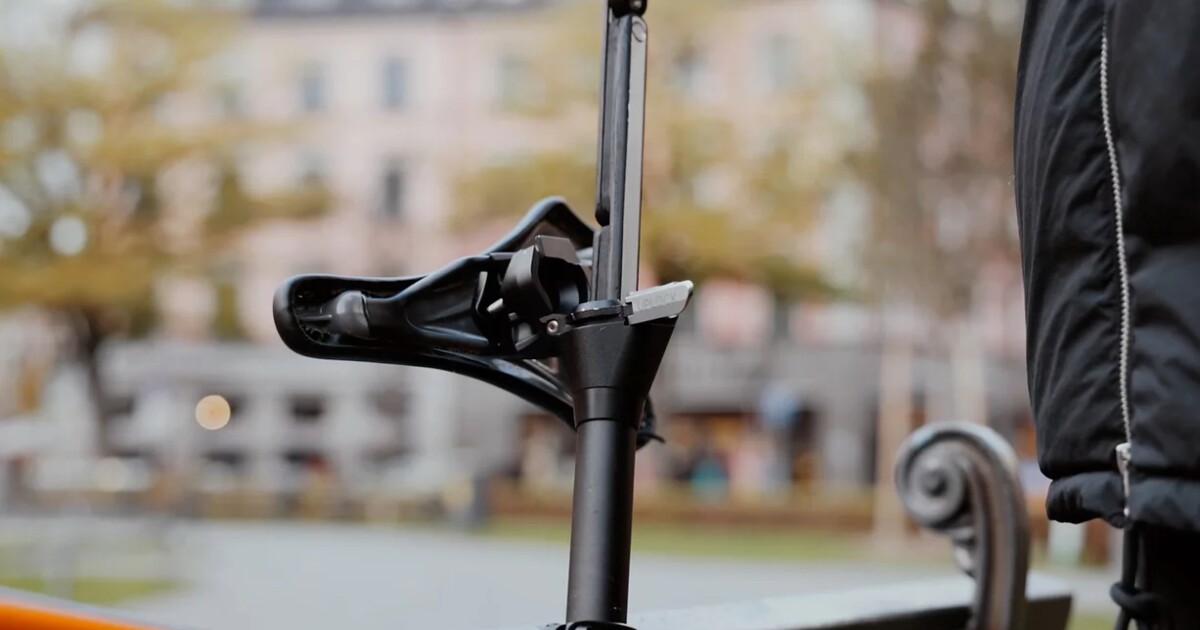 Carrying a heavy bike lock in backpack can be a hassle, and not everyone likes the cluttered look of a frame-mounted lock. That’s where the Uplock is designed to come in, as it sits inside a system-specific seat post.

Created by German engineer Ulrich Press, the Uplock consists of two main parts: a 400-mm AL6082/6061 aluminum alloy seat post which works with the user’s existing saddle, and a hardened steel alloy folding lock that slots down inside that seat post.

While the bike is in motion, the saddle sits firmly atop the post, just as it would with any other.

When it’s time to lock up, though, flipping a lever on the Uplock allows the hinged saddle-mount section of the post to be tilted off to one side, revealing the top of the folding lock beneath. The rider then sticks the key in the lock’s cylinder, turns it, and uses it to pull the lock up out of the seat post.

According to Ulrich, the whole setup is rattle-free, and should be compatible with almost any upright bike with a conventional seat tube.

The folding lock itself is made out of a hardened steel alloy, and is coated in UV-resistant thermoplastic polyurethane

The seat post is available in diameters of 27.2, 30.9 and 31.6 mm. It has a 10-mm setback, utilizes a two-bolt saddle-angle adjustment mechanism (compatible with both round and oval saddle rails), and is claimed to tip the scales at 450 g.

The folding lock is over 85 cm long (33.5 in) and is pick-, drilling- and weather-resistant. It additionally features rust-free components, and is covered in UV-resistant thermoplastic polyurethane, to keep it from chipping or scratching the bike’s paint. It weighs 950 g, giving the whole system a total weight of 1.4 kg (3 lb).

Should you be interested, the Uplock is currently the subject of an Indiegogo campaign. Assuming it reaches production, a pledge of €210 (about US$234) will get you one. The planned retail price is €270 ($301). It’s demonstrated in the video below.

Previous takes on the whole lock-combined-with-a-seat-post thing have included the InterLock, which stored a cable lock inside the seat post, and the EverLock, which used the seat post as the cylinder of a U lock. The SeatyLock, which is still in production, features a folding lock that is built into the underside of a system-specific saddle – it works with the bike’s existing seat post.