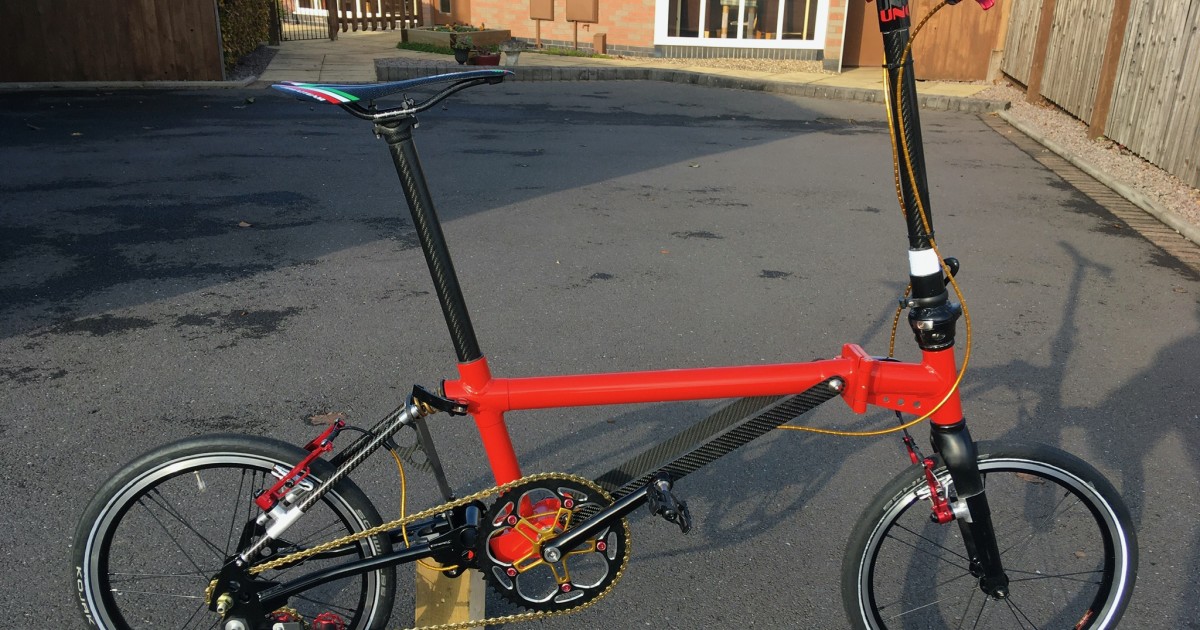 Given that they have to incorporate hinges, latches and other structural considerations, compact-folding bikes generally tend to be heavier than their regular counterparts. Nonetheless, a British designer has managed to build one that tips the scales at just 6 kg (13.2 lb).

This latest 16-inch-wheeled bike – which is a one-off – was created by Derek Cranage, who previously gained attention by converting an existing Brompton folding bike into an ebike that weighed less than 10 kg (22 lb).

His latest creation incorporates a frame that was designed and built entirely from scratch, with the whole bike folding down into a package measuring 590 x 600 x 260 mm (23.2 x 23.6 x 10.2 in). The three-stage folding process reportedly takes just a few seconds, requiring the flicking of three quick-release levers – no wing nuts or other fasteners are involved.

Derek Cranage’s bike, all folded up

The main frame and the coil-spring-suspended rear triangle are made of a mix of carbon fiber, titanium and 7020 aircraft aluminum tubing, the latter being precisely milled so that it’s thicker and stronger at the joints (with a wall thickness of 2.5 mm) and thinner and lighter in the middle of each tube (1.5-mm wall thickness).

The saddle, seatpost, forks and handlebars are all made of carbon fiber. Titanium is used in the bottom bracket, chain, spokes, pedals, suspension spring, and “every nut, bolt and washer.” In short, Cranage tells us that each item has been lightened to its strength limit, up to a tolerance of a tenth of a gram. 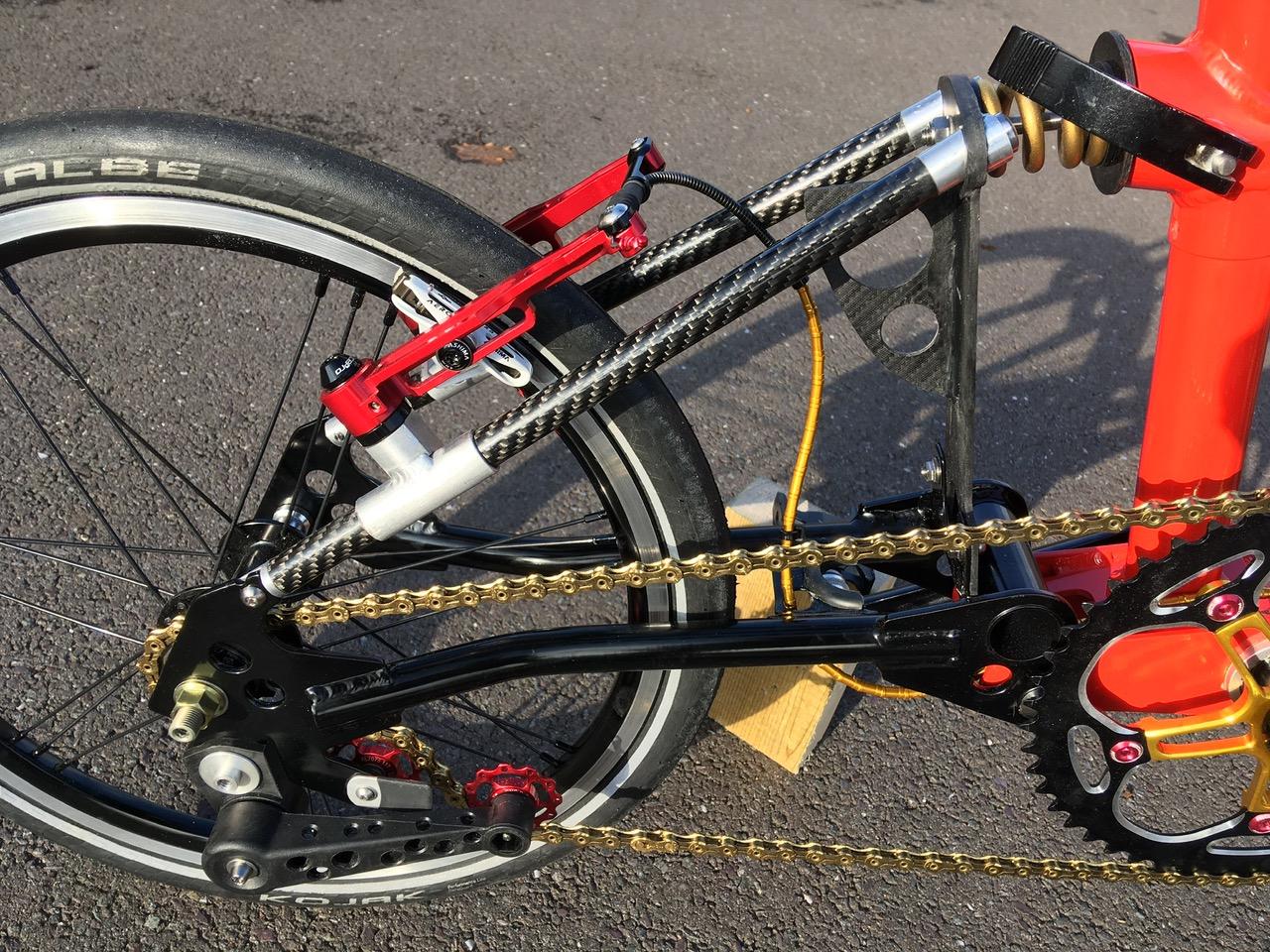 A closer look at the rear triangle

And yes, he says that the bike does in fact ride incredibly well. Given that he has no plans to manufacture it commercially, though, why did he bother?

“Two years ago I developed cancer (I am 78 years old) and while having my intensive treatment, I wanted something to keep me occupied, so I started designing a Brompton-beating bike,” he tells us. “When I finished the design I was still on treatment, so I started to build it.”

And should you be wondering, Cranage says that his condition has since improved.