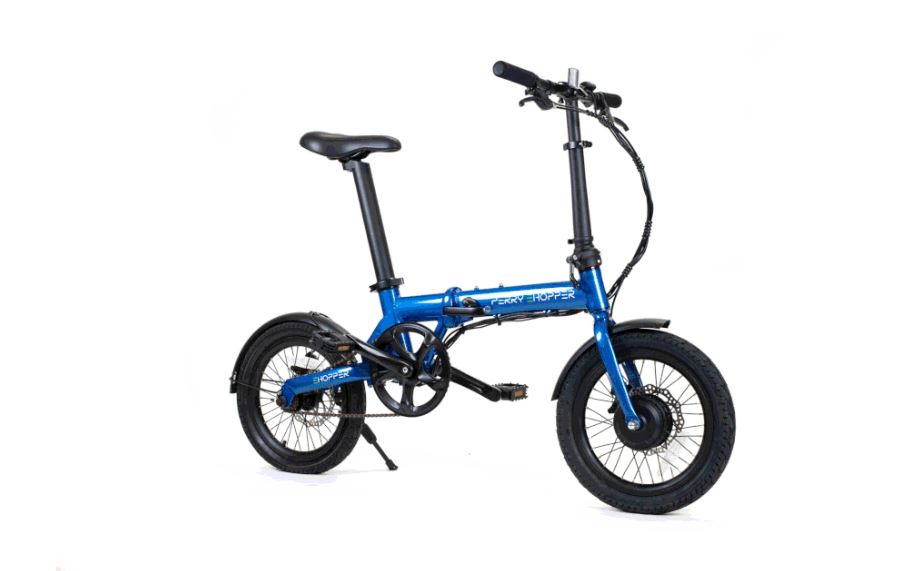 In a departure from the norm, the Perry eHopper will be sold directly to the consumer via an online portal, with free shipping offered.

The 16″ wheel electric folding bike is built compact and is apparently able to pack down to its folded form in ten seconds via five hinge adjustments. At 14 kilograms Perry believes it to currently be the lightest of of its kind on the market.

Each bike has its own LCD controller that displays battery power, mode, odometer, mileage, speed and average speed. A 50km range is delivered by an integrated battery, found in the seat post, that powers a 250W brushless front hub motor to the UK legal limit. The hub motor produces 40Nm torque.

The move to sell directly to the consumer mirrors a trend that has been increasingly prevalent in the bicycle business, with Lauf and Brompton two labels that have added more sales via this channel recently.

Distributors of bikes in particular have found it increasingly difficult to juggle the expectations of trade customers seeking decent margins and being able to hit a competitive price point against many brands that are emerging on a purely D2C model.

Specialist consumer research platform Cycling Insight (which now analyses consumer buying trends within CI.N’s Trade Journal) recently found that cyclists have been 43% less inclined to visit a local bike shop during the coronavirus outbreak, though many bike shops that are now sold old of much of their bike stocks may tend to disagree.