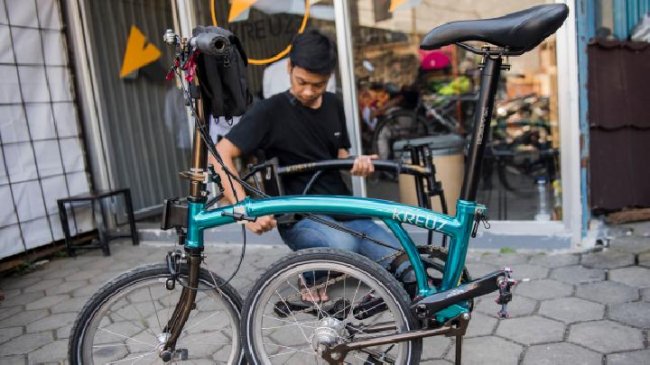 TEMPO.CO, Jakarta – Indonesian folding bike brand cross is reportedly preparing to establish a new factory in Bandung to meet the overwhelming orders of folding bikes and complete the 500 new orders they received – this does not include the 600 orders that have been taken currently in its waiting list.

The Kreuz bicycle company – which was founded by Yudi Yudiantara and Jujun Junaedi – recently grabbed public interest after their bike that is often considered Bandung’s Brompton had produced two units for President Jokowi and the First Lady earlier in August.

Yudi said the new Kreuz bicycle factory will be located in the northern side of Bandung. “It is pretty spacious and can accommodate 30 workers,” said Yudi to Tempo on Wednesday, September 16.

WIth the current 10 employees, cross can only produce up to 15 hand-made folding bikes each month and according to Yudi, the 500 orders will only be completed by the year 2023 if he does not hire new workers.

With the new strategy, Yudi is optimistic that he will be able to meet the order demands by the end of 2020.