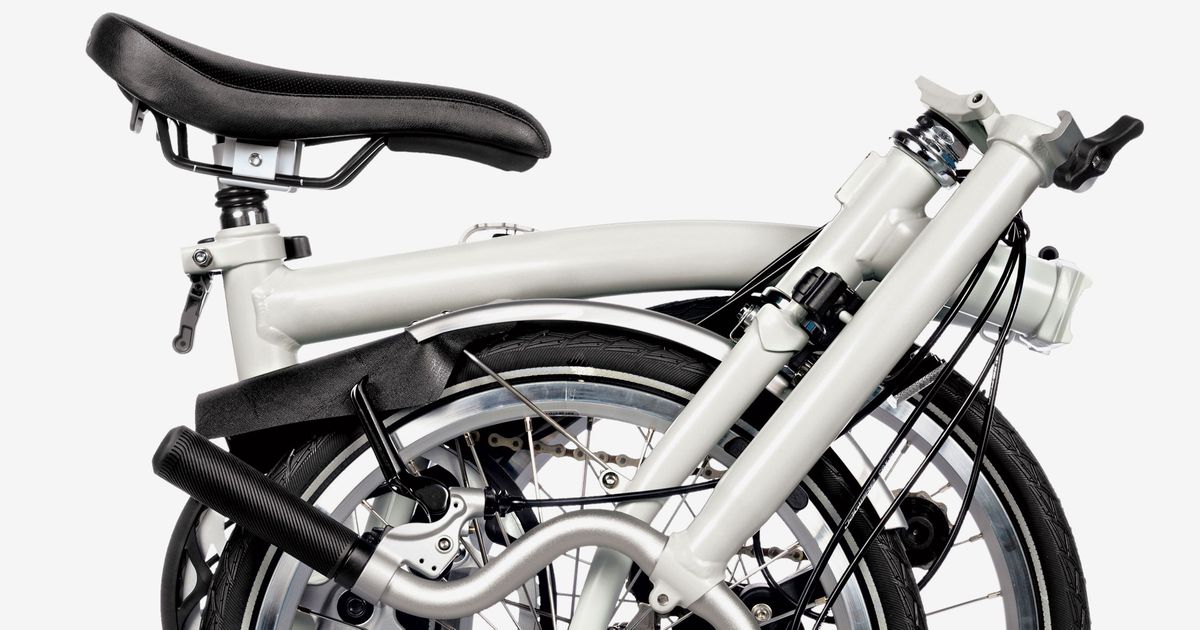 A folding bike by definition is equipped with at least one hinge that allows pieces of it to be tucked behind other parts. They’re easy to spot: small tires, high seats, riders who look like a cross between Pee-wee Herman and a circus clown. Despite the bikes’ slight ridiculousness, some want a model that can be carried to the office (to avoid arriving drenched in sweat) and later unfolded for pedaling home; others like getting out of the city with one that’s easy to pack. While most manufacturers offer a folder, only a few are worth the investment. To figure out which ones ride (and fold) the best, Gersh Kuntzman, editor of Streetsblog, a cycling and public-transportation site, took a bunch out for a whirl. He picked his top four that cost less than $1,500. Impressively, his favorite foldable bike of the bunch, the Brompton M6L ($1,499), seen above, compresses to one-third of its size — many just fold in half. 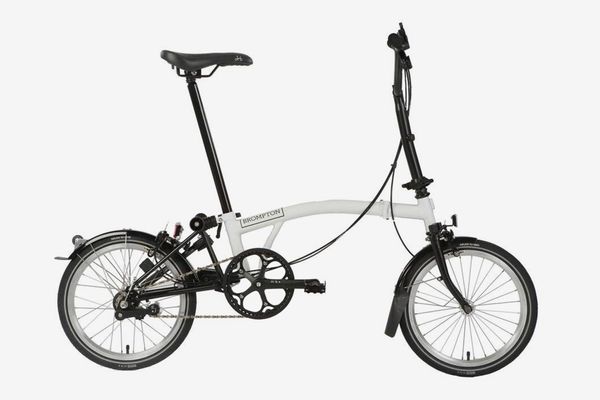 Brompton is a folding-bike-only company, and its dedication to the category shows: Every part of this bicycle has been engineered for maximum compactness. Not only does the bike compress to one-third its size, but the seat post itself locks the bike together so it won’t come apart as you carry it. Even the greasy chain gets folded into the middle to avoid staining your clothes. My test model was built out with six speeds, a bell, and fenders, putting its cost right at our $1,500 cap. But Brompton has started offering a throwback $995 model, the B75, which is almost as good (it’s built with older parts but promises a similar riding experience). Still, the Brompton has its quirks. Users must let up on the pedals slightly when shifting (like with Citi Bikes), but you get used to it. The gear shifters take time to figure out (requiring flipping levers with both hands while reducing pressure on the pedals). But its folding mechanism justifies any minor inconveniences. And it’s easy to tote when unfolded: The underpadded seat balances perfectly on your shoulder. 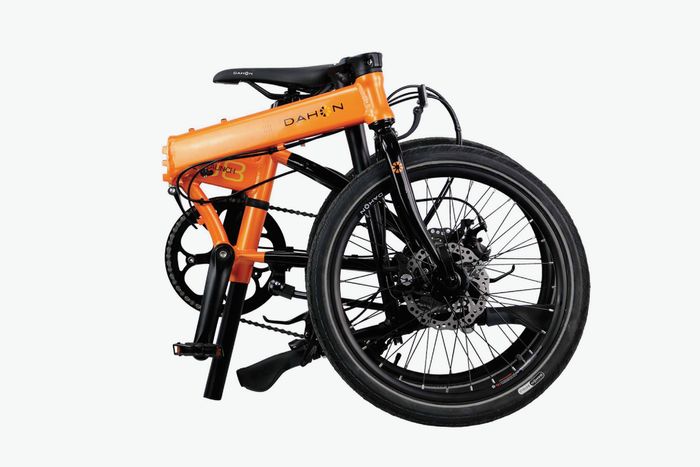 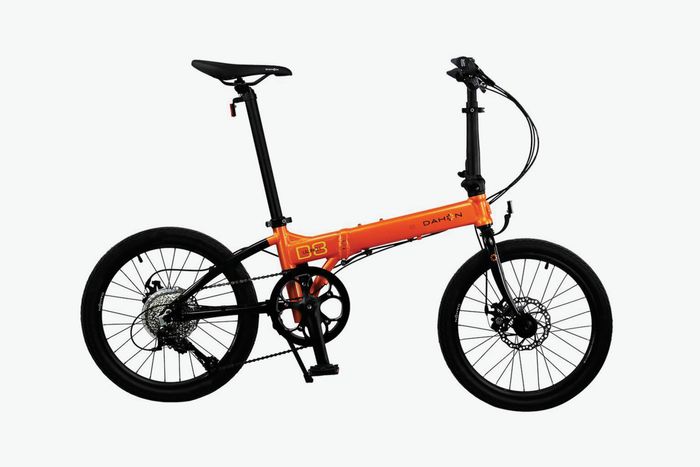 Once a leader in folding bikes, Dahon sought to regain its spot at the top this year with several new models, including the Launch D8.
Though it (literally) lacks bells and whistles (and a rack and fenders), it features a sexy yet sturdy aluminum frame and was the only model I tested with disc brakes (they require far less force and work well in rain). Its most improved feature is the locking mechanism, called the “Jaws” hinge. It’s said to be better than earlier versions — easy to lock and unlock — and it folds up smoothly and compacts to half its size with magnets that hold the wheels together. But the bike is still a bit awkward to carry, especially for long distances. 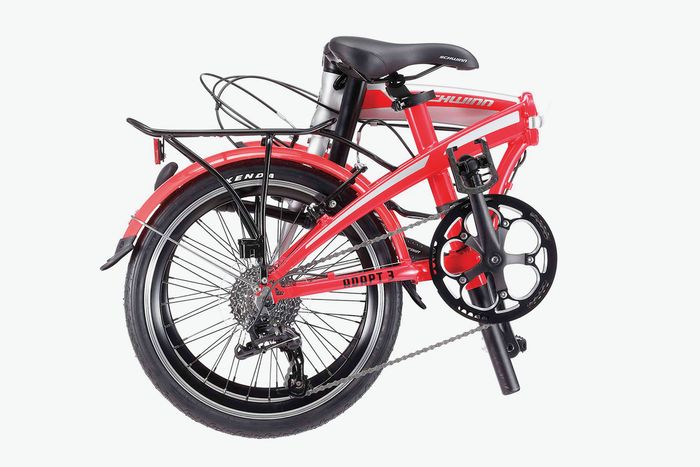 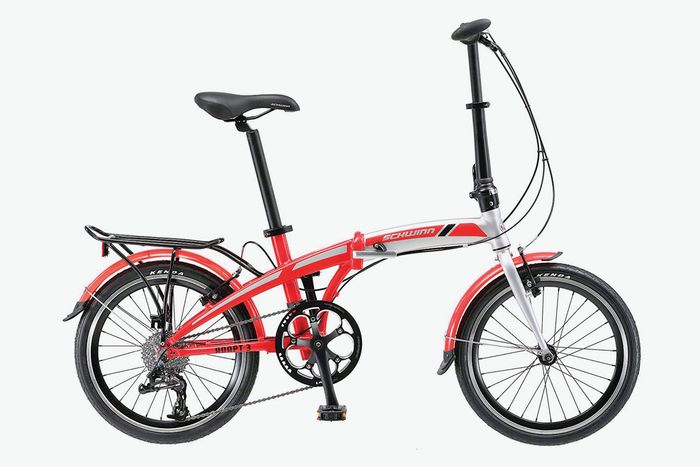 Don’t laugh. The 124-year-old maker of the original banana-seat three-speed knows what it’s doing. The Adapt 3 is the perfect mix of quality and foldability. Its light alloy frame is rigid and not bendy like other low-cost models (looking at you, ZiZZO Urbano). The nine-speed grip shift feels retro but works great and shifts smoothly. The brakes (Tektro) and shifter (SRAM) are dependable. And the folding mechanism is simple and quick, shrinking the bike to half its size in a way that lets you roll it for short distances. Plus the standard model comes with a rack, fenders, and a bell. Most important: It’s fun to ride. 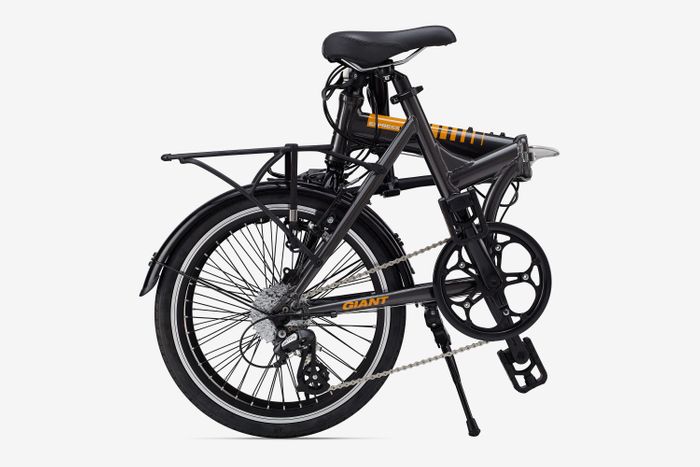 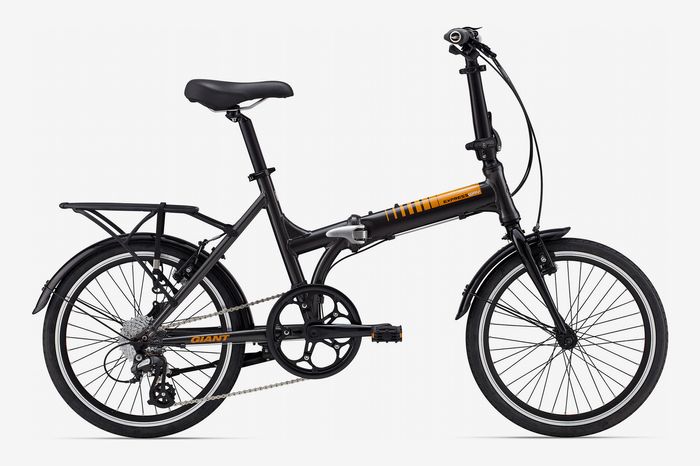 Of all the bikes tested, the Giant performed the most like a real bike — that is to say, the only way I would have known I was on a bike with clown tires was if I looked down. The base model features eight speeds (more than enough for all terrains), a bell, rack, kickstand, fenders, and a strong, proprietary Aluxx aluminum frame that provides extra support when riding up a steep incline. But, try as I might, I could not get the Giant to close up to half its size completely (it didn’t help that no tutorial exists on the company’s website). When imperfectly folded, the bike would often fall over, and is awkward to tote — perhaps one reason why several reviewers prefer to put the Giant in its carrying bag (which comes with the bike). 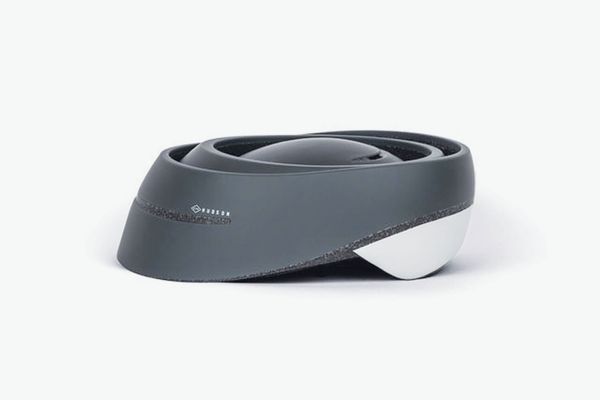 This helmet achieves its compactness through a concentric-circle design (it instantly conjures that “fashionable beehive” look). 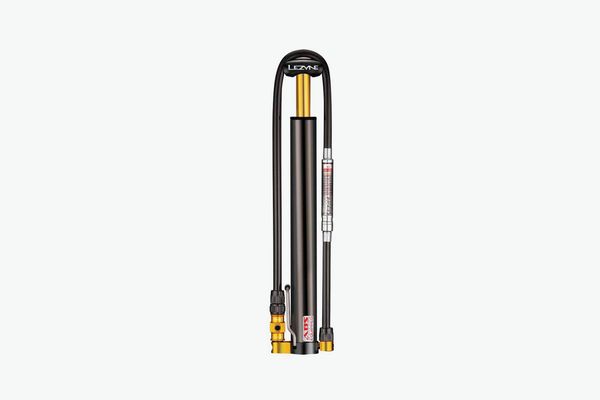 The best small pump on the market features a foot peg that folds out for easy pumping and a nozzle that fits various tire valves. 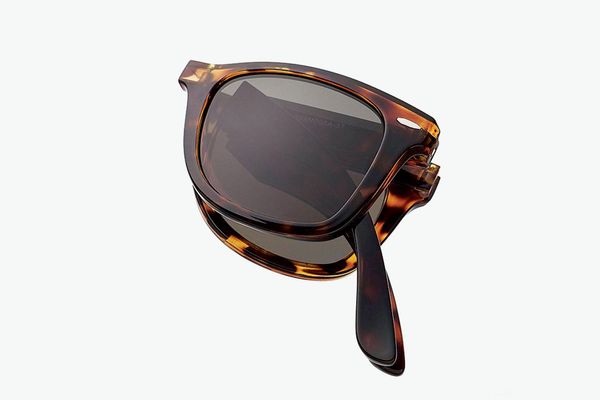 You can find more expensive models, but since you’ll probably lose them, I suggest this far more affordable, stylish pair. 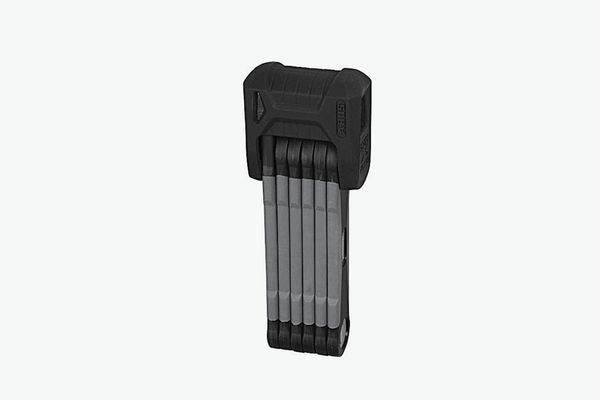 Unlike the standard U-locks, folding locks like this can wrap around odd shapes like the thick poles on scaffolding. 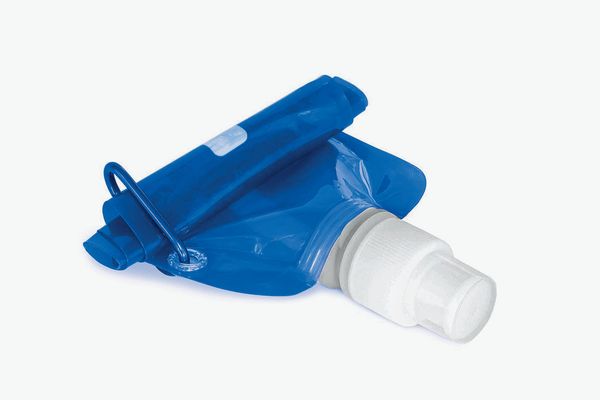 These expandable sleeves attach to your belt. Label them (you never want to confuse the water with the vodka on a long trek).

*A version of this article appears in the June 10, 2019, issue of New York Magazine. Subscribe Now!

get the strategist newsletter

The Strategist is designed to surface the most useful, expert recommendations for things to buy across the vast e-commerce landscape. Some of our latest conquests include the best acne treatments, rolling luggage, pillows for side sleepers, natural anxiety remedies, and bath towels. We update links when possible, but note that deals can expire and all prices are subject to change.