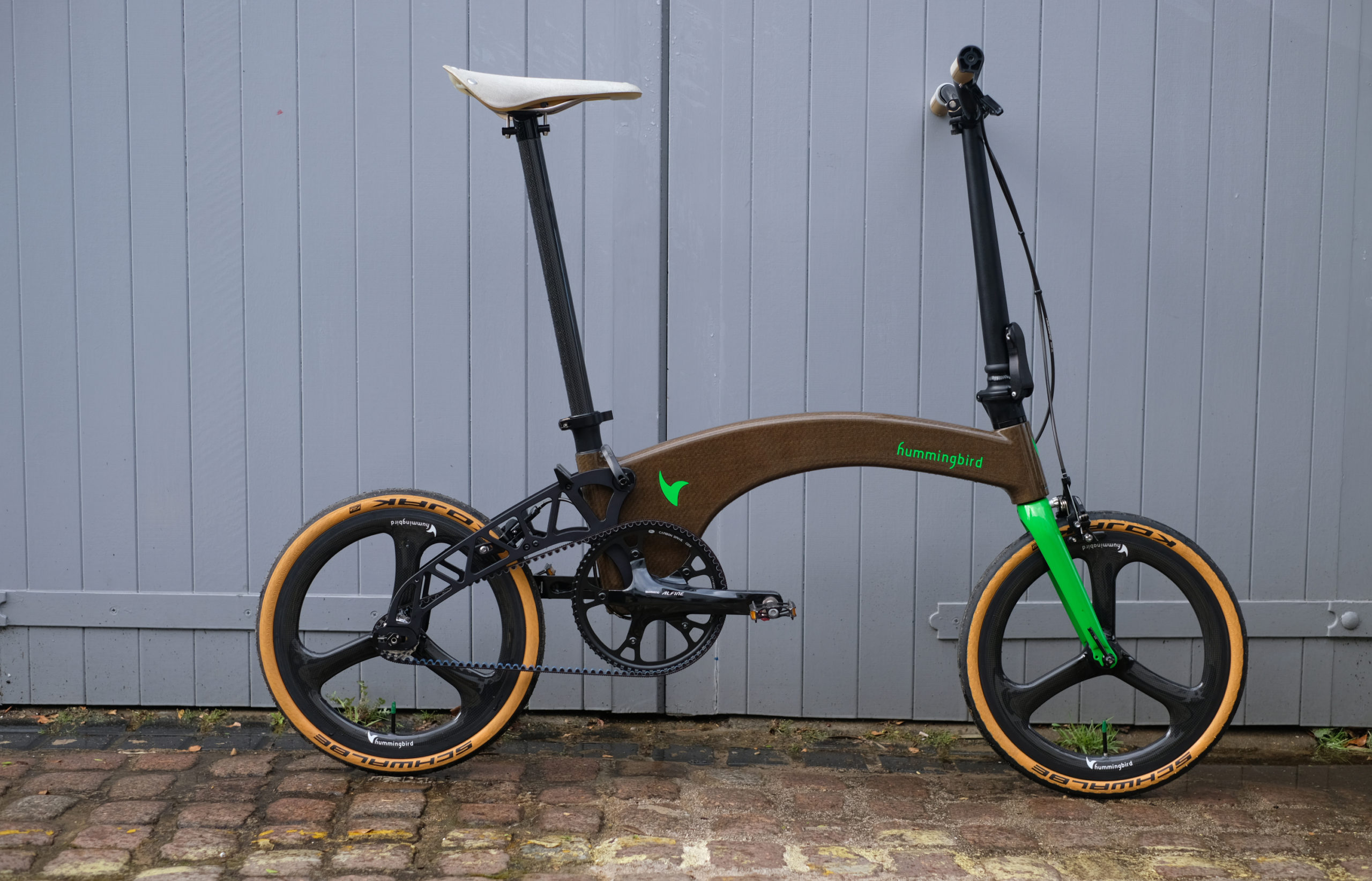 At 6.9kg Hummingbird makes the world’s lightest production folding bike. Created by composite specialists ProDrive, it emerges from a facility that works on everything from Le Mans-winning race cars to experimental defence and aerospace projects.

Over the past few years, a corner of the plant has also been home to Hummingbird bicycles.

Unsurprisingly, wandering around the firm’s workshops you stumble upon some interesting things. It was the unfinished bonnet of an Aston Martin GT race car that inspired the latest version of the Hummingbird bicycle.

Awaiting spraying, rather than being made of conventional carbon fibre, closer inspection revealed it to be instead woven from natural flax, also known as linseed.

A sustainable material, waste generated at the production stage also remains biodegradable. It also has the key benefit of being safer in a catastrophic accident as it doesn’t splinter in the same way as carbon fibre.

Lighter on your arm, lighter on the environment

Unsurprisingly, if it’s strong enough to be used on a car capable of doing over 200mph, flax is also a potential option for producing a monocoque bicycle. A fact confirmed by a chat with some of ProDrive’s engineering experts; soon the Hummingbird’s intricate moulds were being fitted with carefully cut swatches of woven flax material.

Grown in France, laid-up in Oxfordshire. The result is a version of the Hummingbird bike weighing within a couple of grams of its carbon sibling and still more than strong enough to pass the rigorous European CEN testing standards.

Put together by some of the most skilled engineers in the composites sector, both their handiwork and the natural origins of the bike’s main material are clearly visible through the clear coat. Looking almost exactly like conventional carbon weave, but with filaments in natural hues, the result is both mechanically and visually striking.

This makes it a good choice for those after the speediest of folding bicycles, or indeed anyone that prefers to get their workout from pedalling rather than lifting, and an electric version is also in the works.

Launching very soon, the price for the flax-based Hummingbird is likely to be similar to the standard carbon version. You can find more information on the hummingbird range at: hummingbirdbike.com