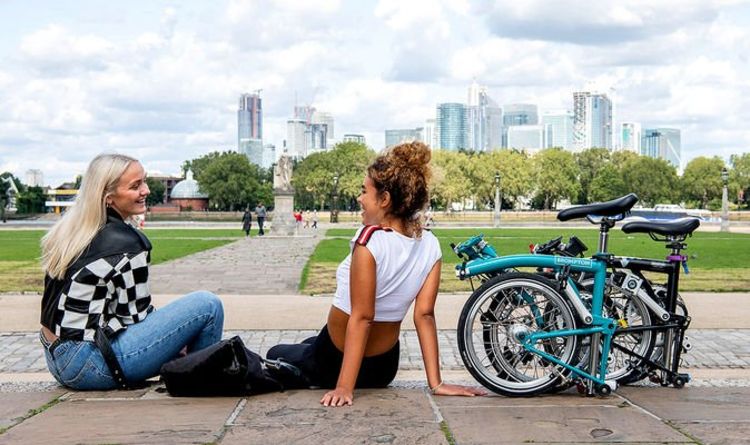 Brompton has teamed-up with GoCardless to upgrade the payment system used to power its monthly subscription service, dubbed Brompton Bike Hire. Over the last year, Brompton has seen a huge surge in demand for its British-designed folding bikes – which are designed to make it easy to bike to a station, fold the bike, and travel by train for a few stops, before finishing your commute on two wheels. As businesses adapt to more flexible working patterns, including more time working from home or remote locations, more people have bought Brompton Bikes to get some fresh air during their new commute.

According to UK Government data, cycling has spiked some 300 percent during the UK lockdowns, compared with the same periods last year.

In response to its ever-increasing demand, Brompton launched a subscription service for its bike this summer. The average UK household now spends £552 a year on subscription services as more people move away from direct ownership to monthly payments for everything from television shows, to music, to photo backups in the cloud, bikes, shaving kits, Nespresso machines and pods, recipes and meal kits, and even washing machines!

Brompton Bike Hire is designed to allow customers to jump onto a new bike while avoiding the costly upfront expense of purchasing a bike outright. GoCardless has been enlisted as it allows Brompton to automate the entire payment collection process.

As part of the new subscription service, which doesn’t require a deposit, you’ll also benefit from insurance to cover theft and damage, free maintenance, as well as a free loan bike from Brompton if any repairs on your rental need to be made. Subscription holidays can also be taken for pregnancy, health issues, or as a result of a change in employment status – so, if your workplace decides that you’ll be working from home, you can press pause on your bike subscription.

When the scheme kickstarts, you’ll be able to sign-up for an annual subscription at the cost of £30 a month, or a rolling month-by-month contract at a cost of £42 a month. While the former works out at less than £1 a day for a £1,000+ bike, the latter is ideal if you only plan to use the bike to commute during the warmer months rather than year-round. Once subscribed, you’ll only need to pick-up your Brompton from any of the Brompton hubs nationwide. Brompton bikes typically cost some £1,000 to buy outright, and roughly £800 to buy second-hand in good condition.

Launched late this summer, the first phase of the Brompton Bike Hire is already full. However, Brompton is offering customers the chance to put down their name – so they’re front of the queue when the next batch of early invites are rolled out in the coming weeks and months.

Brompton Bike Hire MD, Julian Scrivens, says: “There has been a significant shift towards cycling now more than ever. Our pay-as-you-ride schemes have been extremely popular, and the addition of the GoCardless solution has proved incredibly popular with our customer base.”

Brompton’s new subscription service is an extension to its existing bike hire arm, which allows people to rent a Brompton Boris Bike-style for £6.50 a day. If you pay a £25 annual fee, that daily price falls to £3.50. The new addition is much, much more affordable – as long as you plan to use the Brompton regularly.

At launch, Brompton bikes with three gears will be available. However, the firm plans to introduce its models with electric motors to help boost your pedalling in the coming months after the launch of the scheme, Brompton told us.

The Brompton Subscription monthly and annual options will also be available as an option for businesses looking to help their staff get back to work safely as it undercuts existing Cycle to Work schemes, which can cost on average £56 per month for a premium bike (worth £1,000).

Brompton Bike Hire already lets users hire bikes on a daily basis from its 50 or more pay-as-you-ride hubs nationwide. It was praised during lockdown for its Wheels for Heroes initiative, enabling NHS workers to hire bikes for free during the Coronavirus pandemic.