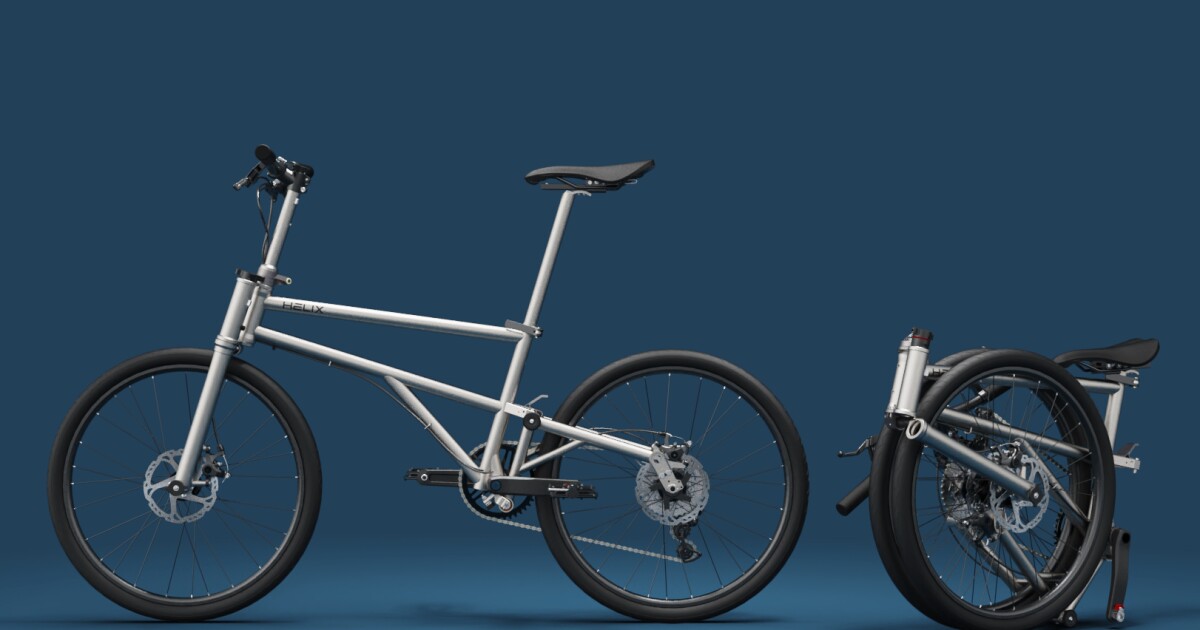 It was back in 2015 that we first heard about the Helix, a sharp-looking, compact-folding, lightweight titanium bike. One successful Kickstarter campaign later, it has now finally entered commercial-scale production – and it’s not made entirely like other titanium bikes.

Manufactured in Canada by Toronto-based Helix Labs, the Helix has a full titanium frame, patented helical hinges which allow almost all of that frame to be sandwiched between the two 24-inch wheels when folded, a locking mechanism that keeps the frame rigid when both folded and unfolded, plus the ability to be rolled along on its front wheel when folded.

All of that being said, Helix founder/designer Peter Boutakis tells us that the bike has been completely redesigned since its Kickstarter days.

Among the more significant changes are a lighter, more rigid and reliable locking mechanism; larger-diameter tubes for improved stiffness; increased compatibility with industry-standard components and accessories; plus a horizontally sliding seatpost that allows the bike to be folded even smaller than before (it also gives riders a wider range of seating positions).

The Helix can fit under a desk when folded

Additionally, Helix Labs is claimed to be the first bicycle company to laser-cut its titanium tubes. As compared to traditional techniques such as wire cut EDM (electrical discharge mounting), Helix’s proprietary laser cutting process is reportedly much quicker, it’s better suited to the cutting of parts with complex geometries, and is thus more practical and economical for large-scale production.

After being cut to the desired shapes and sizes, the tubes are TIG-welded together. The fact that this is done robotically, in an argon gas chamber, is said to be another first in the bicycle industry. 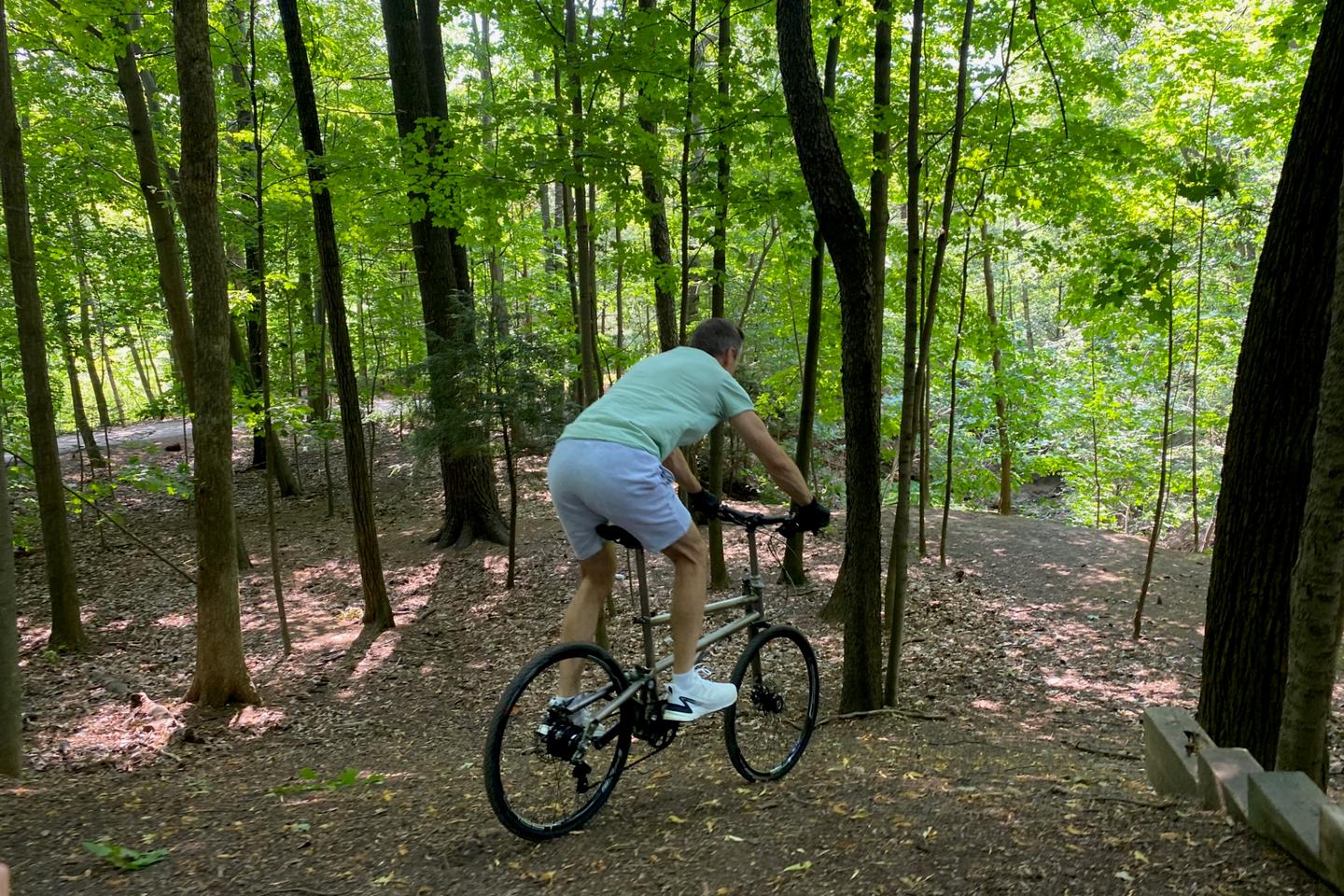 Depending on the model and configuration, the Helix can weigh as little as 20.3 lb (9.2 kg)

The Helix is being offered in two models, the Standard and the new Ultralight. Some of the Standard’s features include the choice of a singlespeed, 10-speed Shimano SLX (derailleur) or 11-speed Shimano Alfine (rear hub) drivetrain; TRP Spyke mechanical disc brakes with Avid BB5 levers and Shimano XT rotors; a SRAM NX crankset, plus Kenda Kwest 24 x 1.5-inch tires. It’s claimed to tip the scales at 23.3 lb (10.6 kg) in the singlespeed package.

The Ultralight, on the other hand, reportedly weighs just 20.3 lb (9.2 kg) if equipped with an 11-speed Shimano Dura-Ace derailleur – it can also be ordered with an 11-speed Alfine hub drivetrain. Some of its other features include Formula Cura XC hydraulic disc brakes with carbon fiber levers; a SRAM XX1 Eagle crankset; and a Yavis carbon handlebar.