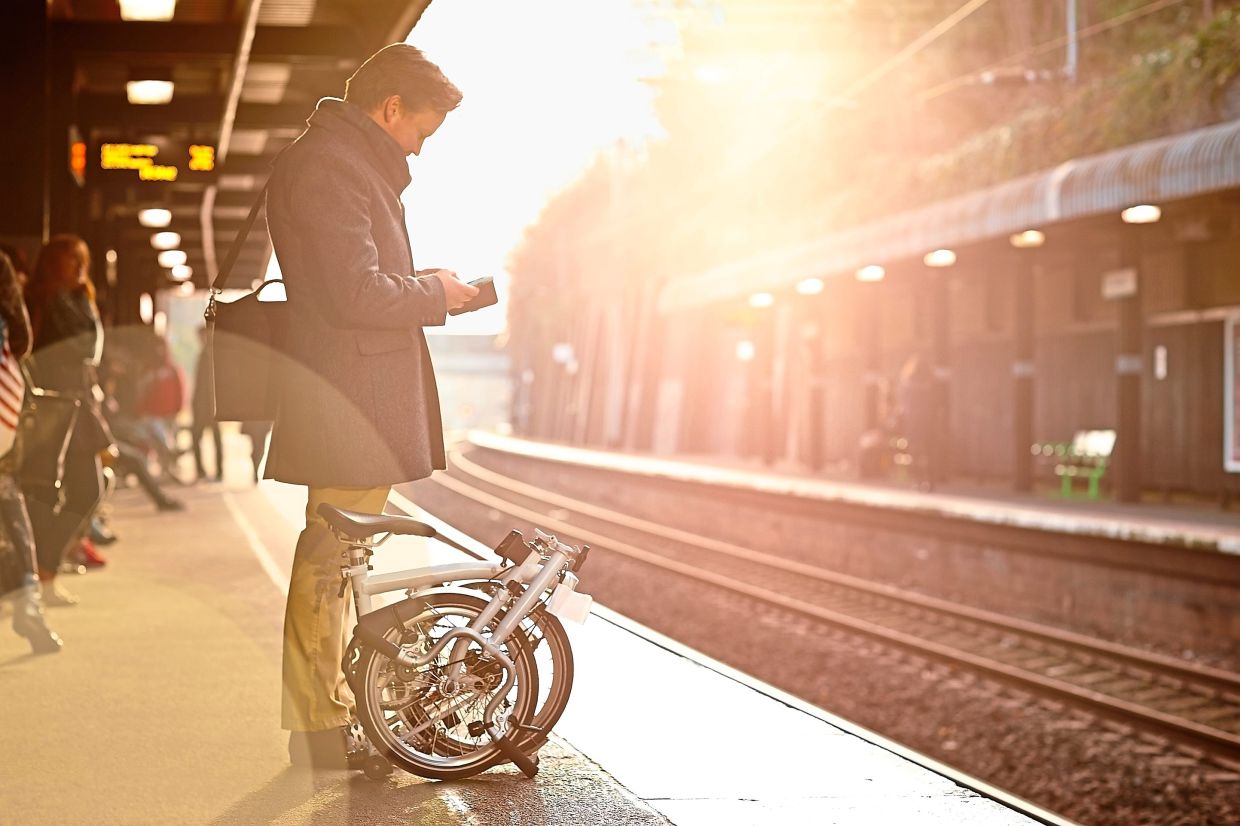 It’s hard to take a subway or suburban train these days without seeing at least one – folding bikes have become extremely popular and encourage users to turn to multiple modes of transport.

Much easier to carry around than a conventional bicycle, there are some drawbacks involved with buying and using one, such as their weight, which can discourage some, and their price.

With a little practice, folding and unfolding one of these bikes on a daily basis is actually quite simple and quick, thanks to their dedicated hinges. Relatively compact, they fit easily into the trunk of a car and are easy to carry on public transport. Note that there are all kinds of types of folding bikes, including electric and even sport-oriented models.

A folding bike is easier to safeguard against thieves than a conventional model. It takes little effort to store it folded – which is recommended – at home or at work, rather than leaving it around outside, where thieves can see it.

+: good for the environment

Riding a bike, whether it’s foldable or not, is a green action, as it doesn’t entail any CO2 emissions, and therefore has minimal, if any, harmful impact on the environment. As part of a multi-mode journey, the folding bike can also replace the car or the bus on short trips.

Using a folding bike also means having to carry a vehicle weighing more than 10kg, something that puts many people off. An electric model can even weigh as much as 20kg. So when choosing a model, make sure that you can transport it without difficulty and even to weigh it before buying it.

The structure of a folding bike is by definition fragile, particularly if it is being folded and unfolded daily. The hinges along with the frame are the fastest parts to get worn out and deform. While steel designs may be heavier, such structures are generally stronger than aluminium ones. Each rider needs to find the right compromise for themselves.

-: can be less comfortable

The more compact a bike is, the smaller its wheels are. When it’s being ridden this can lead to a certain instability depending on the condition of the road. The worse it is, the more uncomfortable the bike will be to ride. This is particularly noticeable on paved or uneven roads.

The price of folding bicycles is certainly one of the major obstacles to the purchase of this type of vehicle. With the same options, a folding bike is always more expensive than a classic model. While prices for a conventional bike can start at around US$200 (RM832), a classic folding bike can easily go up to US$800 (RM3,328) or US$900 (RM3,743) and sometimes even more than US$1500 (RM6,239) dollars for a high-performing model (lightweight with several speeds). – AFP Relaxnews