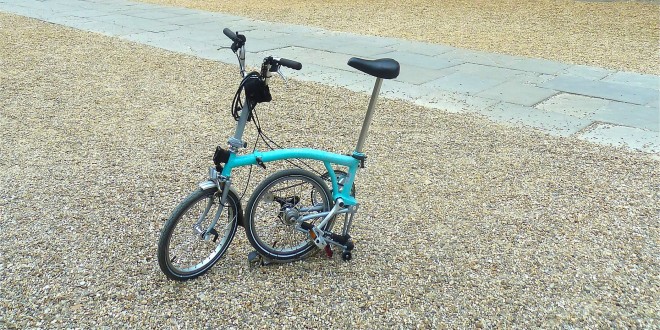 The global folding bike market is expected to register a CAGR of 8.8% from 2019 to 2025, according to Grand View Research.

An increased number of cycling paths in developed economies including the US, Germany, and the UK is expected to play a key role in promoting the scope for folding bikes over the next few years, the research said. This comes as no surprise because German engineers at Bosch are developing Tern Vektron electric folding bikes – find out more here.

Offline distribution channel was the largest segment with a revenue of $412.6 million in 2018. A large number of consumers opt to purchase from this channel due to the availability of test-drive options. The online segment is projected to be the fastest-growing channel, expanding at a CAGR of 11.8% from 2019 to 2025.

Europe was the largest market, accounting for 34.3% share of the global revenue in 2018. It has been observed that the European population prefer to use a bike as a part of their daily transportation medium. The urban population in developed economies including Germany, the UK, France, and Italy prefer to use foldable products as it takes less space. Furthermore, supportive Government initiatives on the usage of environment-friendly vehicles in countries, including France and the Netherlands, are expected to open new avenues for foldable bikes over the next few years.

Asia Pacific is estimated to be the fastest-growing market, expanding at a CAGR of 10.3% from 2019 to 2025. The increasing popularity of sports events including cycling and mountain biking by adults in countries including China, Japan, India, and Indonesia is expected to remain a key factor driving the industry. Moreover, increasing residential property cost in urban cities is driving consumers to purchase foldable convenient alternatives such as folding bikes, which they can keep at home.