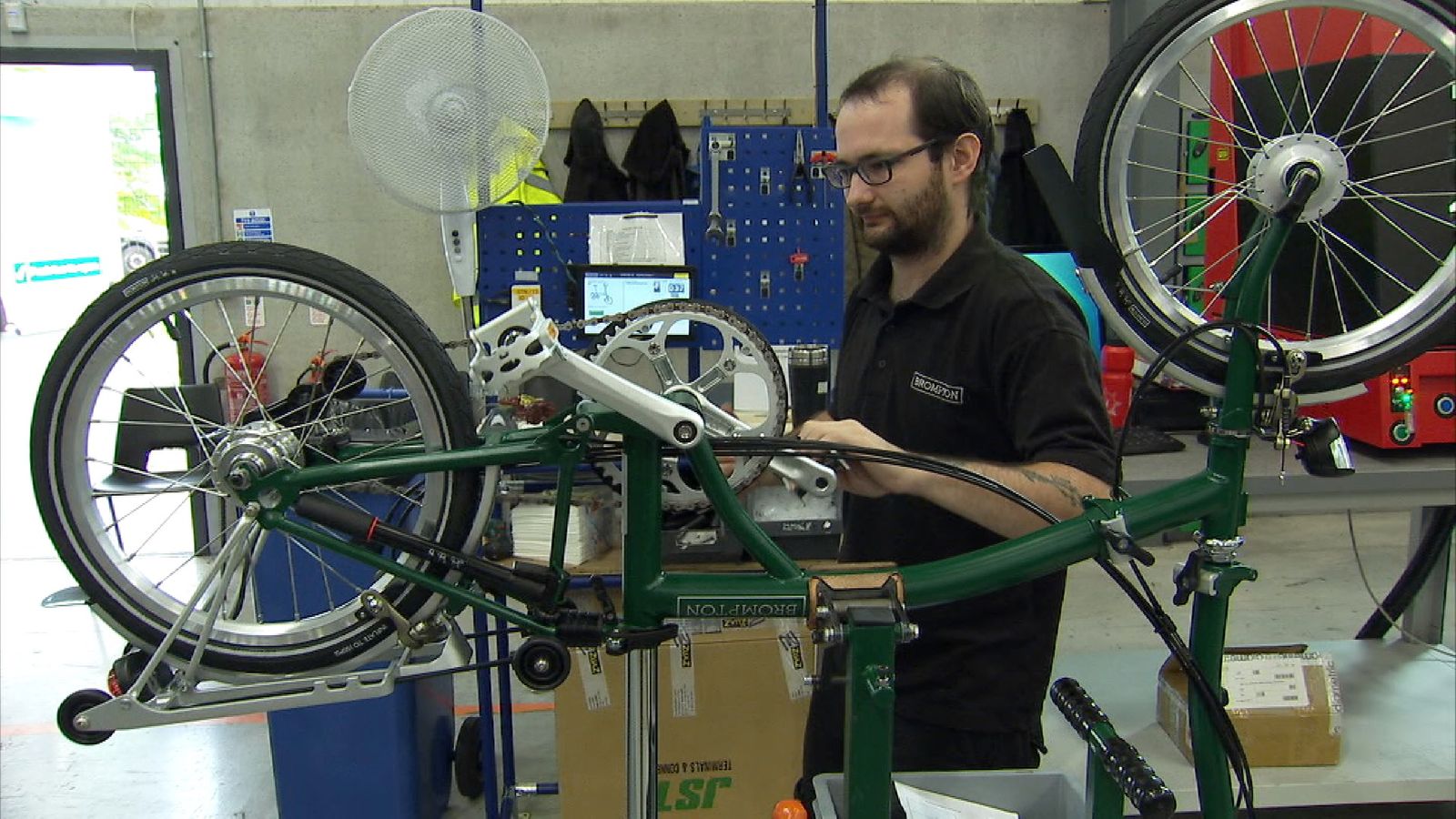 Brompton Bicycle, the folding bike-maker which has become one of Britain’s most recognisable exporters, will on Friday outline plans for a “revolutionary” new factory aimed at fuelling further international expansion.

Sky News has learnt that Brompton, which is run by Will Butler-Adams, will announce that it has identified a 100-acre site on a floodplain in Kent that it intends to redevelop in partnership with Ashford Borough Council.

If a planning application is approved, Brompton plans to open the site in 2027, with its existing home in Greenford, west London, operating until at least 2030.

Under the plans to be outlined on Friday, the Kent site would comprise a 40-acre site overseen by the company, with the other 60 acres “rewilded” by the local authority into a public nature reserve with a cycle path and a network of walking trails.

According to Mr Butler-Adams, the objective will be to “inspire employees and visitors to access the site by cycling, walking, or using public transport and so the travel plan intends to see no new parking spaces created”.

The new factory has been designed by Guy Hollaway, the architect behind a string of eye-catching buildings in Kent, and will be developed by Quinn Estates.

One source said the new factory would cost tens of millions of pounds to build, underlining Brompton’s confidence in its own future as well as the UK as the home of its manufacturing operations.

The site will also incorporate a visitors’ centre, museum, educational space, and café.

“The time has now come for us to find a larger home for Brompton,” Mr Butler-Adams told shareholders on Thursday in a memo relayed to Sky News.

“West London rents are rising at a rapid rate and looking further afield presents us with the opportunity to find a bigger space to facilitate our future growth whilst ensuring we remain financially robust.”

The announcement will be particularly significant in the context of warnings from Mr Butler-Adams in recent months over the impact of supply chain disruption on Brompton.

In October, he said shortages of key raw materials such as aluminium and steel were posing particular challenges for the privately owned company.

Mr Butler-Adams joined the company 20 years ago when it had a workforce of just 24 and was selling roughly 6000 bikes each year.

It had been founded in 1975 by Andrew Ritchie, who began designing the iconic folding bike in his flat in London’s Knightsbridge.

In results for the year to the end of March 2021 released two months ago, the company said sales and profits had surged, aided by a boom in demand for its products during the pandemic.

It did, however, pause production briefly in the run-up to Christmas because of the omicron variant’s impact on staffing levels.

Mr Butler-Adams told The Times in December that Brexit had been “a full-on disaster for us” because of its impact on costs and delivery times.

Nevertheless, he told shareholders in his memo outlining the company’s relocation plans: “By choosing Ashford as the future Brompton Global Headquarters, we can retain this strong, close connection to London and the UK, whilst being on the doorstep of Europe.”

The company is embracing the shift towards electric bikes, while its innovative use of titanium recently enable it to launch its lightest folding bike so far, at just 7.45kg.