Italian superbike maker Ducati has time and again shown its intent to come up with electric two-wheelers for micro mobility. After launching a range of electric scooters earlier this year, Ducati has now introduced three electric folding bicycles as part of its urban mobility range.

Produced in collaboration with MT Distribution, three new e-bikes namely Ducati ‘Urban-E’, ‘SCR-E’ and ‘SCR-E Sport’ have been launched by the Italian major. The latter two of these are a part of the Scrambler Ducati brand, while the Urban-E is a result of a collaboration with famed Italian design house Italdesign.

Meant to be simple and functional, the Urban-E sports thick 20”x 4” tires with Kevlar anti-puncture technology. These tires are mounted on double-walled aluminum wheels, further protected by the rear fender on the Ducati e-bike.

As for its electric capability, the Urban-E can cover up to 70 km on a single charge, thanks to its 378 Wh battery integrated within the aluminum frame. The foldable e-bike comes with a Shimano 7-speed transmission and even sports an LCD display that consists of an odometer, battery charge indicator, and indicator light control. 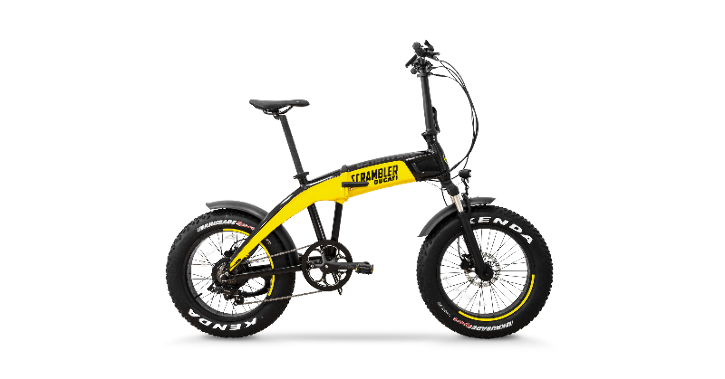 As its name suggests, the Urban-E is meant for the cities. On the other hand, the SCR range is meant for rugged use and hence comes in a sportier design. The 20″x 4″-inch wheels come with full suspension and alloy wheels on the Sport variant. The regular SCR-E electric bicycle variant meanwhile only has telescopic forks.

The SCR-E and the SCR-E Sport carry a 460 Wh battery for a range of up to 80 km on a charge. They also get a similar LCD display as the Urban-E. Other than that, the electric foldable bicycles come with rear lights integrated into the seat and an ambient light sensor that automatically turns on the lights as per the lighting levels.

Both the SCR-E and the SCR-E Sports are on sale now, while the Urban-E will be available from October onward.