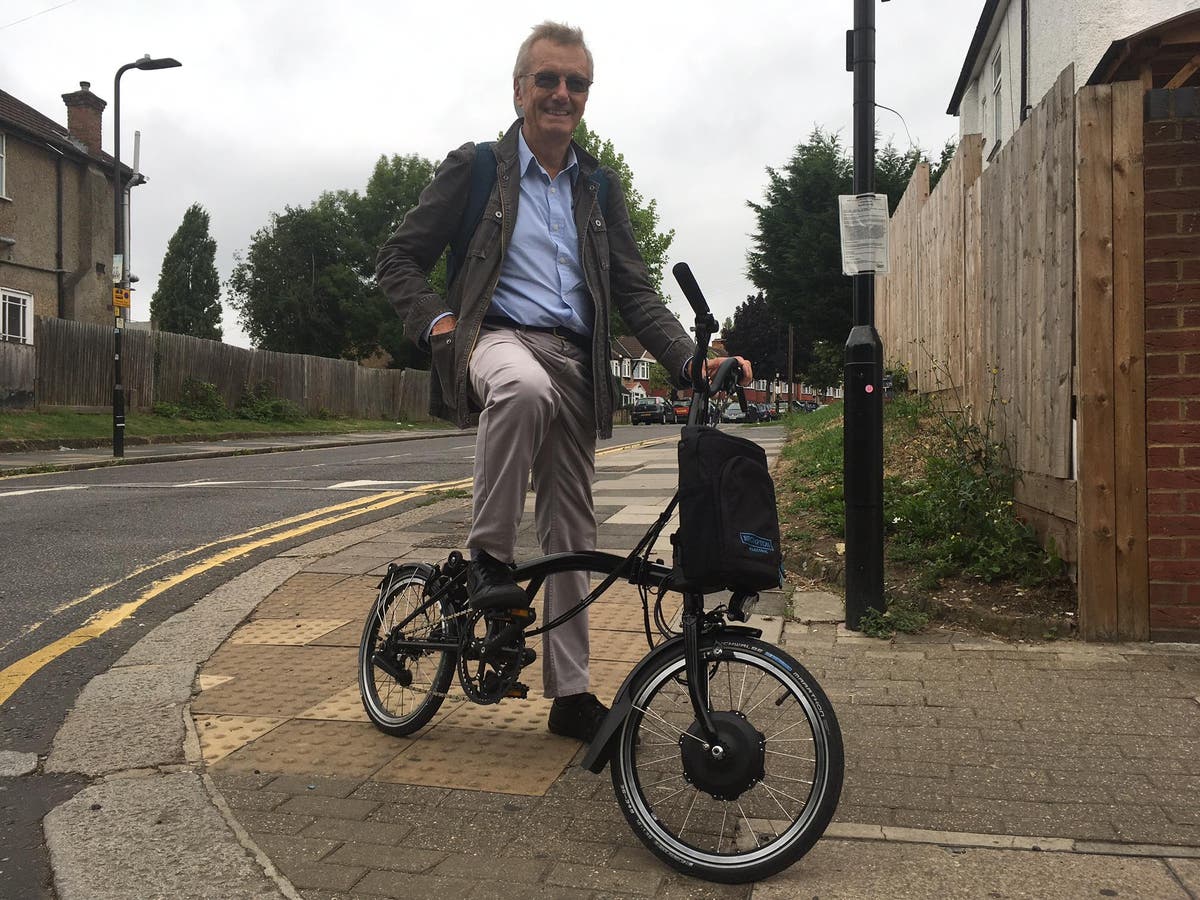 The Government has declared war on the internal combustion engine, with no new petrol or diesel vehicles sold after 2040. But long before then, drivers may be tempted out of their cars by an electric vehicle which “flattens hills”: a Brompton folding bicycle with a built-in motor.

The Brompton was born in the mid-1970s, in a makeshift workshop in a flat overlooking the Brompton Oratory in west London. The creation of a young engineer named Andrew Ritchie caught on, and Brompton has now become Britain’s largest bicycle manufacturer.

By November 2016 the bike was being produced in a large new factory in Greenford, north-west London, which was officially opened by the Duke of Edinburgh.

But the company wanted to encourage more people to take to two wheels. Research showed that many prospective cyclists were deterred by the effort required to tackle hills, and the related problem of working up a sweat on the way to home or social events. So a small team started work on an electric version of the classic Brompton.

Electric bicycles are now fairly commonplace, but the generally big and clunky motors and batteries are completely unsuited to a small, relatively light folding bike. So working with engineers from Williams Advanced Engineering (which evolved from the Formula 1 team), Brompton boffins developed a 250-watt motor that wraps around the front hub.

A custom-built lithium-ion battery pack was developed – along with a crucial electronic component, a torque sensor.

The device measures the amount of effort the cyclist is putting into pedalling, and at a predetermined point the motor cuts in. The rider is required to do some work, but the motor eases the effort of tackling gradients and getting started when traffic lights change. Once the speed reaches 15mph, the motor cuts out completely.

Tony Wheeler, former car engineer, co-founder of Lonely Planet travel guides and author of cycling books, was invited to test-ride a prototype electric bike. As he pedalled gently through quiet streets in suburban Greenford, he said: “I think it’s rather wonderful. It still folds up, but on hills you don’t have to put effort in.”

A basic Brompton costs around £900, but the electric version will initially sell at £2,595.

Prospective buyers are being invited to register for production models, which are expected to start rolling off the production line early in 2018.

Mr Butler-Adams said: “This takes the strain, takes the sweat out of cycling. And if that gets more people cycling, more people realising this is a tool for getting around the city, all the better.

“It makes riding in the city a complete joy.”