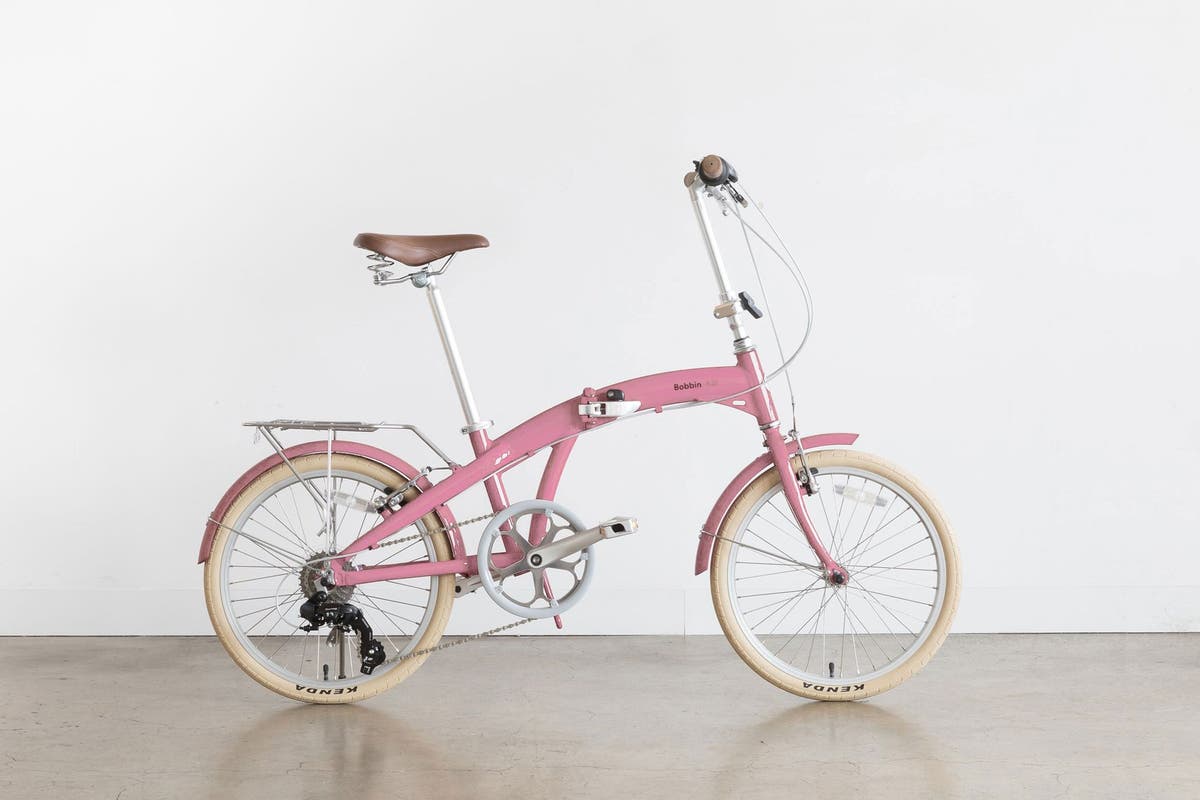 f you’re looking for a bike to commute on – one that won’t just get you from A to B as easily as possible but can also fit in the boot of your car, tuck under a desk at work and even squeeze on the train without lots of hassle – a folding bike might just be the answer.

But folding bikes do have a couple of limitations. Generally, they can only accommodate riders who are between 4’10” and 6’3″ and most can’t carry riders who weigh more than about 100kg. It’s also fair to say that none of them really ride quite as comfortably or smoothly as a good full-size road or trail bike.

But, if you have limited storage space, or you want to bring your bike inside the office during the day to avoid theft, or you simply need to adhere to local public transportation rules (where reservations are sometimes required for full-size bicycles and there are restrictions on Peak-time travel), then we’d recommend test-riding (and test folding) before you buy.

Here, then, are our favourite folding bikes that offer the convenience of foldability but are also robust without being too heavy.

See the best folding bikes for commuting in 2021 below.

British-made Brompton remains a true cycling icon. Compact, fun and easy to store, somehow this Brompton manages to make you feel like you’re almost riding a full-size bike while retaining it’s key USP – the fact that it folds down into a super-compact size. It comes complete with mudguards to get you to your destination clean and dry, as well as a front carrier block for loading up on Brompton luggage (which you can buy separately). If you’re looking for something suitable to take on all forms of transport, this is it. The handlebars, gearing, frame type, accessories and colour are all customisable – but we found six speeds was plenty for city streets. We also love the pastel Cloud Blue colour, which is a new addition, and the M type handlebars – known as the ‘Classic Brompton handlebar’ – offers both comfort and style.

Also in a trendy matt blue colour, Tern’s BYB (Bring Your Bike) is their smallest folding bike. In fact, when folded up, the BYB is actually one of the smallest 20″ bikes on the market, which means it’s much easier to manoeuvre on crowded trains and buses or when zigzagging through busy tube stations. Featuring an ideal combination of portability and ride quality, the selling point here is that it stands on its rack, and its built-in spinner wheels let you trolley the bike – so you don’t have to carry it – which makes it great for hopping on and off train, bus and tram.

Weighing just 8.2kg this is the lightest folding bike in the world. Designed by London-based company Hummingbird Bikes, the full carbon frame is built by Prodrive (known for building race cars for Aston Martin and Volkswagen) which makes it very light, but also very expensive. There’s no denying that this folding bike is aesthetically beautiful (we particularly love the acid yellow colour). Simple, robust, high-performance and comfortable to ride, there’s not much to dislike apart from the price. They also come in single-speed, hub-geared, and electric versions.

Still every bit as stylish as any other retro-inspired Bobbin bike – featuring a chic paint finish in rainbow colours, plus mudguards, kickstand and a rear carrier, this folding bike arrives ready-to-ride, with minimal assembly required. The Bobbin fold is as much a twee fashion statement as it is a mode of transport. Specifically designed to store in tight places – this is perfect if you’ve always wanted a classic Bobbin but lack storage space at home. And at £540, it’s pretty affordable in comparison to other folding bikes, too.

French sporting-goods giant Decathlon proves that folding bikes don’t have to break the bank – and at £349.99. the Btwin Tilt 500 folding bike is the cheapest in this list. With Shimano seven-speed derailleur gears it can easily cope with a hill or two – and the larger 20″ wheels also mean it handles well. The aluminum frame does put the rider in quite an upright position, and the handlebars can only be semi-raised, so it’s not quite a one-size-fits-all. But it is lightweight, and it comes with mudguards and built-in lights. So even if it’s not as compact as a Brompton, it’s almost as quick and easy to unfold.

Airnimal offer something a little bit different in the world of folding bikes – they’re aimed at all cyclists rather than just commuters – and focus more on what the bike feels like to ride, rather than how small it folds (which, by the way, is still small enough for public transport). But sitting next to other folding bikes, it does seem bulky in comparison. The Joey, which is a real all-rounder bike definitely has a full-size bike feel, so if your commute to the station is on the longer side, it would be more than capable of getting you there without any discomfort. Featuring a straight bar, Shimano eight-speed gears and heavy duty 24-inch wheels and tyres, this bike feels like it’s built to last.

When it comes to foldable cycles, one brand reigns supreme: the Brompton. Brilliantly designed – both functional and classy – it folds easily in less than a minute and it’s also great fun to ride. In fact, their snappy handling makes them more fun to ride than you’d probably expect. The M6L is more compact than others – and it’s light, too. The only downside is the hole it will leave in your pocket.