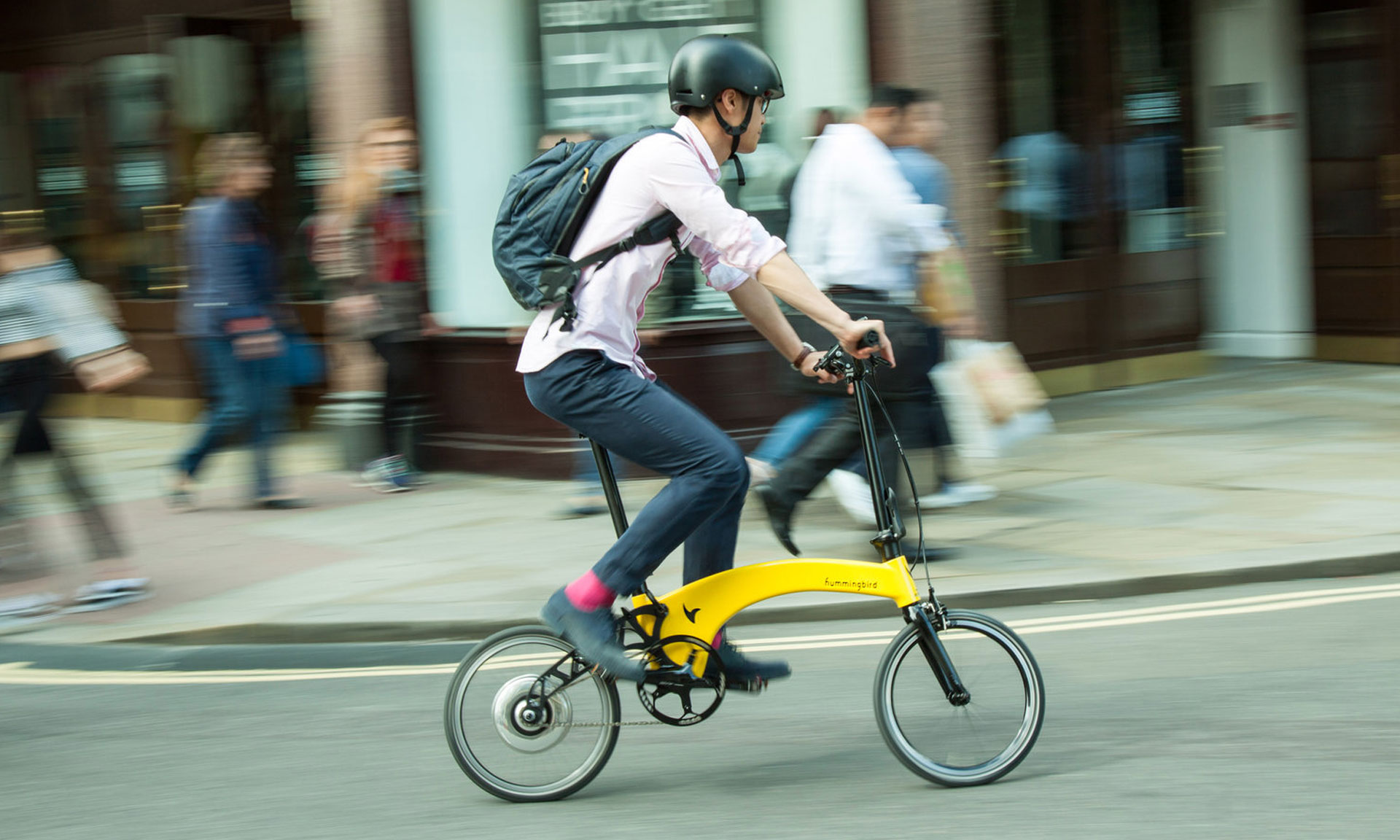 Electrical assistance is finding its way onto more and more bicycles. But what about a bike that’s both electric and foldable? Combining the ease of an e-bike with the convenience and portability of a folder, this combo could the perfect commuter for many users. Whizz to the station. Hop on the train. Unfurl your bike at the other end and make it to work without breaking a sweat.

However, as lovely as this idea sounds, it’s also a lot to ask of a single machine. In its ability to fold, a folding bike has to achieve more tasks than a conventional bike. An electric bike also has to spread its budget between both electrical and mechanical parts.

Then there’s the fact that cheaper electrical batteries and motors are larger and heavier. Annoying on a conventional bike, they’re even more leaden on a bike that needs to fold up small and be carried. In short, combining folding and electric is no small feat.

You’ve probably guessed where this is headed. Money. You’re going to need to spend a decent amount of it. The cheapest bike on our list costs £749. Weirdly, there are plenty of similar bikes costing two or three times this which aren’t as good.

It seems the idea of an electric folding bike is appealing enough that plenty of people will sell you one. However, much of the market is pretty ropey. So while we’ve picked out a few gems, the result of our extensive research in the sector is a list that’s nice and concise.

The process of electrifying the Brompton took 13 years and required help from F1 maker Williams. The result is a practical makeover that sees a narrow hub motor and removable battery added to the front of what is probably already the world’s best folding bike.

With the rest of the bike almost unchanged, its new front hub drive is powered by a 300Wh battery that sits on the mount normally occupied by a front pannier.

Readily detachable, the benefit of this system is it doesn’t compromise the foldability of the bike. With the battery popped over your shoulder, this leaves the bike itself easier to carry.

Combined, both items tip the scales at a not inconsiderable 16kg, enough that the electric Brompton is more fun to ride than carry, despite possessing an exceptionally small folded footprint. Still, when unfolded it’s a real joy.

Based around a single design, Brompton offers electrical assist on all its many configurations – with prices starting from around £2,600.

Buy now from Decathlon for £750

Despite its tiny price the BTwin still hides its battery inside the frame, resulting in a neat and relatively compact bike. Slightly cumbersome once collapsed, its size and lack of solidity when folded are offset by a comparatively low weight of 18.6kg.

Rolling on mid-sized 20-inch wheels, once put together the Tilt’s electric assistance is controlled via the handlebar. With three modes, Eco covers up to 10.5mph, Normal to 13.7mph and Sport 15.5mph. Although Decathlon doesn’t give a capacity for the battery, you should get around 20 miles in Sport mode, and more in the others.

Displaying remaining charge, the bike’s controller can also activate the lights. Included along with a rack, kickstand and mudguards, this host of extras ensure the BTwin arrives ready for action.

Obviously, the money can only spread so far, leaving its gearing and wheels a little basic. V-type brakes are another concession, providing less power and requiring more maintenance. Still, you get more than you could reasonably expect.

Buy now from Decathlon for £750

Hummingbird set out to make an electric folding bike that weighed around the same as a standard non-electric Brompton. At 10.3kg it’s pretty much there. To manage it, Hummingbird starts with a carbon fibre frame that’s assembled in one of the most impressive facilities we’ve ever visited.

This beaut monocoque mainframe is then married to an equally neat rear hub motor that contains a built-in 158Wh battery. With no cables or wires to sully its good looks, control and adjustment of the assistance is taken care of via an app on your phone.

Folding down to 58 x 116 x 19cm, this tiny size combines with a low weight to make a stress-free companion to carry. Unfolded, despite slightly twitchy 16-inch wheels the Hummingbird is still extremely quick.

A bike that’ll need to be treated with a degree of care, it’s exceptional to ride, if you can get along with its fairly short range. Not cheap at £4,495, the Hummingbird nevertheless makes a strong case for splashing the cash.

Bike-like to ride, futuristic to look at. The Gocycle G4i is a folding electric bike with an enclosed drivetrain, mono-sided fork and mainframe, suspension, automatic gearing, app-based motor control and integrated lighting. If you hadn’t guessed, that’s quite a spec list!

Rolling on 20-inch magnesium-spoked wheels, these are larger than some of its rivals. On road, this equates to a steady and stable ride, although once folded its 83 x 39 x 75cm footprint is only just about carry-on friendly, as is the 16.6kg weight.

Luckily, performance in all other areas is exceptional. From the sizable 375Wh internal battery that provides a 50-mile range, to the automatic gearing and integrated lights, all are class-leading.

An entirely enclosed chaincase and hydraulic disc brakes mean there’s nothing to leave oily marks, and more importantly, massively cut down the bike’s service intervals. Fundamentally, all Gocycles share the same excellent design. Yet while the cheaper £3,399 G4 does without the automatic gearing, we think for the full experience, the G4i is our favourite.

Read the full review of the Gocycle GXi here.

For those that hanker after the performance of a full-sized bike, the Tern Vektron S10 crams many familiar features into a compact folding package. Loaded with quality kit, at its centre is a Bosch Active Line Plus motor and removable 400Wh PowerPack.

Stopping the bike are excellent Magura MT4 hydraulic disc brakes. Gears are provided by a Shimano Deore-10 speed groupset. Wrapping the bike’s 20-inch wheels are balloon-like Schwalbe Big Apple tyres while finishing touches like grips and saddle are provided by Ergon. A rack is built into the design, and lighting and mudguards are also included.

Borrowing its folding design from Tern’s conventional bikes, this is acceptable, if not quite up to Brompton standards. Still, the bike folds in under 30 seconds and is moderately secure once collapsed. However, at 22.1kg, carrying it will require a seriously strong arm.

Happily, once unfurled, the Tern is superb to ride – its handling and carry capacity easily exceeding most competitors, while familiar gearing and large tyres make for enjoyable extended rides regardless of the terrain.